I saw an old letterpress printer in a basement a few weeks ago. I always wanted one of those, until I realized that they weigh 2 or 3 thousand pounds. I thought they were rare, but they’re not. This one has a cabinet with thin drawers. The owner had only looked in the top drawer. Since I had my camera, I decided to get pictures of the letters in the other drawers. He was quite surprised when I found company logos for local businesses, including one for a chain of stores owned by a local celebrity of sorts. His name was Cas Walker, he was known by all, liked by many disliked by some. 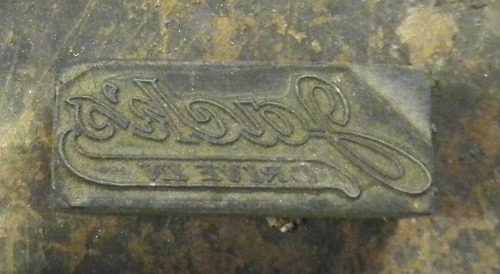 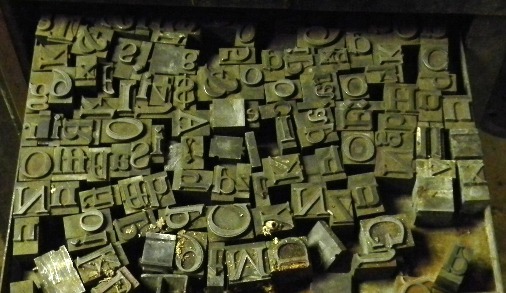 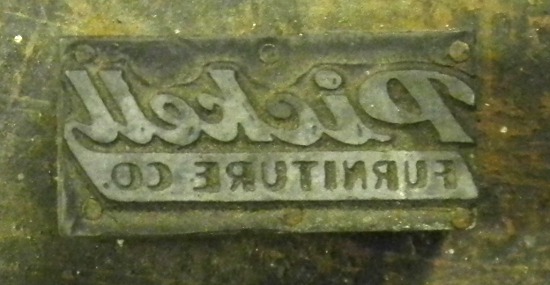 I ran out of gas in the rough part of town. I went in and paid for the fuel, and when I got back to the pump, it looked like an operation run by progressives. Here’s your freedom of choice! 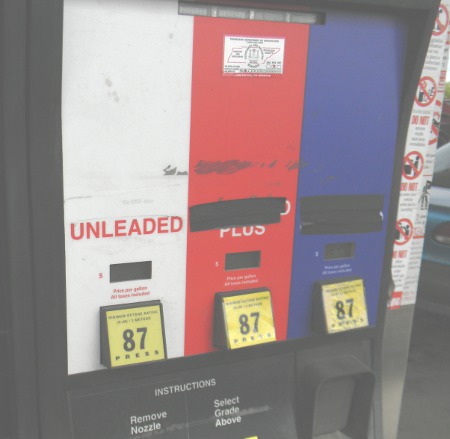 Speaking of freedom, who wants to bet that the LGBT crowd will settle for having access to whatever bathroom they want? Women who use the bathrooms will retreat to the privacy of the stalls, which will not be tolerated. No! You must see us! You must know that we’re here! Down with stall walls NOW!

Your grandparents would have been shocked in their day, and rightly so. I still am, it’s surreal. America really has become a sewer. And it will get worse. We lost God’s restraint, and now we’re like the old piano in the barn. 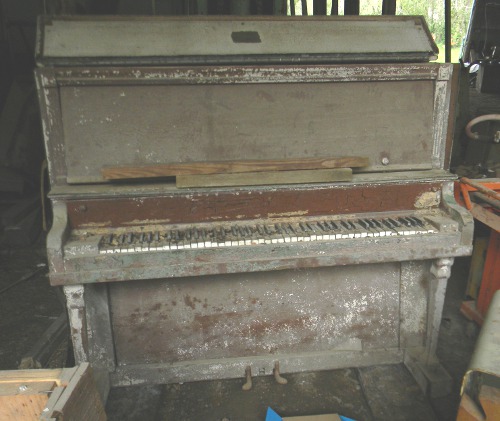 Speaking of changes, who likes the way women in America sound these days? I don’t mean what they say, but -how- they say it. I loath that short -a- sound, like rat, fat, mat, and sat. In fact, I’ll call the sound quack. Or duck. I wonder if one could find an old Donald Duck cartoon and see if he was the trend setter here, a little ahead of his time. Speaking of trend setters, has anyone here seen the episode of the Andy Griffith Show where Earnest T. bass is courting Charlene Darling? He’s out there at night trying to serenade her while singing and keeping rhythm on a empty square tin can. I don’t know much at all about contemporary music, but I tell you, he’s the father of Rap Music. Check it out for yourself.

Here’s a funny sticker I saw on the back of a pickup. 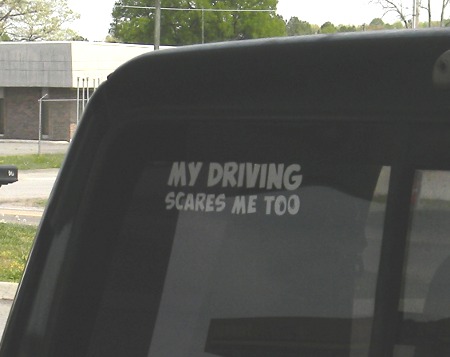 You’ve no doubt heard the disclaimer: “The names have been changed…” well here’s a close telling of what I heard on NPR the other day, see if you can tell what’s been changed. A white man is sending his daughter to a mixed race school. He tells her that when she gets there, to look around for other white kids. “Those are your people” he tells her.

So what if someone did this with news reports or op-ed pieces about international affairs? Change the names of the countries. “The Chinese were practicing military drills today, 300 yards from the US southern border…” The Chinese have provided complete air support to overthrow a country that has large oil reserves…” Ah, but we -do- think it was the Chinese who said “May you live in interesting times”.

Speaking of interesting, I learned the Cyrillic (Russian) alphabet, and in all my years, don’t have a single recollection of seeing it used in the US. The other day though, I’m driving of the freeway, and saw this sign on the back of a semi. I would have to jump through a few hoops to figure out what it says, but I tell you of a certainty that that one line is Cyrillic. Russia, Ukraine, Maldova, and other countries use that alphabet, so I don’t know who it’s directed to. 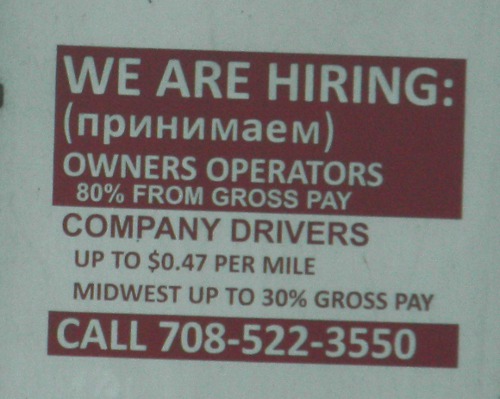 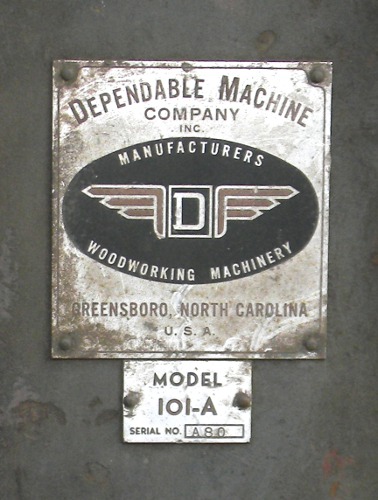 Speaking of interesting times, I had a strange thought the other day, maybe they’re already doing this: Let’s say there’s a song you like, or you like the sound of it anyway. The vocalist is great, the music is moving, but the lyrics. Man, I’m just not in the mood for that tone right now. So the solution is that the artist records the song with several different messages. That way, you get to download the one that fits your agenda. You heard it here first.

No doubt you’ve heard about the frog in water that’s slowly heated. By the time the frog realizes that he’s in peril, it’s too late, and he dies in the same water. If the US was going irrational to the point of clinical delusion, would it happen so slowly that it was difficult to observe? Worse, probably, would it be if the sane became the same by being in close proximity. The Bible says that bad company corrupts good behavior.

I’m referring to the loss of truth. Without truth, there is no non-contradiction, there is no rationality. I suppose it starts with being told what to think, rather than how to think. If that -what- is a lie, the masses have irrationality as a foundation of their thought processes.  Below is a perfect picture to illustrate how it manifests in the US. My brother in law was at the UT campus, holding a picture of a pre-born baby after an abortion. The other man is trying to block people from seeing the picture. The blocker gave up after awhile; but while he was in action, he did the pro life side a favor by attracting attention to the cause.

But that’s not the whole point. It’s bigger than that. If America has no regard for truth, we are incapable of knowing how to fix problems, we are defenseless. Literally defenseless as we have been robbed by unnecessary spending, conditioned to have automatic schisms between generations, sold an unhealthy diet, and cannot recognize the dangers in wholesale consumption of violent entertainment and p0rnography. We gladly embrace immigrants who wish us harm. That’s the beginning of the list.

Some think of the horror of abortion as a cause of problems; that God will judge us for this. I see it as an effect that can become a problem. It is the effect of a conquered people, it’s so bad now that we advance our conquered state on the defenseless. If they aren’t killed in the womb, we already spent their future.

The second picture is a smaller version of one I made for pro life signs. The 12 week model was loaned to me by the Sevier County Right To Life group. Here’s A LINK to a larger version. You have my permission to use it for pro life causes, in any way you wish. 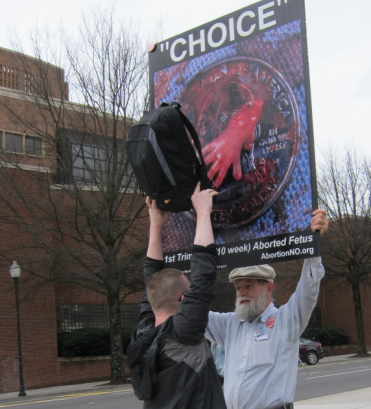 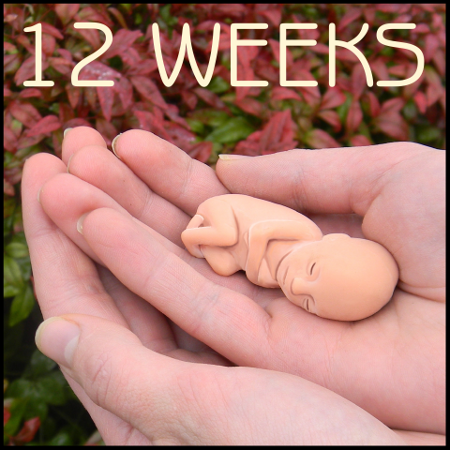