This story is a bit of a chain reaction, but the results are good so far. I guess it started years ago, when I became interested in crosscut saws. They’re what logs were cut into sections with, before the use of chainsaws. We’ve only heated our house with firewood for years now, for several years in a row, I decided that the crosscut saw would be more than a hobby; we would get all our firewood with a crosscut saw only, no chainsaw. It was some exercise for me, and taught my two older sons how to persevere through a few hours of hard labor. One of the things I really want my children to know is that most things are a cause and effect relationship; I don’t want them thinking we merely change the thermostat setting on the wall, and the house gets warmer. Or we go to the grocery store, and that’s where food comes from.

Now, it’s years later, and I realize that I want my younger boys to learn the same things. In fact, they want to do these things. While I was at work, they went out in the woods, and found an old dead log to cut into firewood. They must’ve went through a lot of work to get it to the house; but it was covered with dirt. Sharpening a crosscut saw is much more demanding that sharpening a chainsaw. My saws last a long time between sharpenings, because I’m careful not to cut in dirty wood, which quickly dulls any steel cutting edge. So I told them that we would get firewood together, and I would cut their log up with a chainsaw. I did so, but felt like I was disregarding their work and initiative; especially when I noticed that they had acquired a nice Eastern Red Cedar log. The outer white colored wood must have rotted away, leaving only the pure red center, which had faded to gray on the outside.

I live where there are something like 200 different kinds of trees, but without a sawmill, I can’t access all those neat varieties of wood. Trying to use the table saw to cut natural shaped logs into boards is dangerous, as the log rocks from side to side, and binds on the blade. So I devised a way to use an antique rip cut saw to cut the log section lengthwise, which would create two halves, each with a flat surface to run through the table saw.

In the first picture, my youngest son and I are cutting one of the cedar firewood sections lengthwise. The cedar is strapped to a tree. I bought the saw at an antique store, it was sold as a miner’s saw, maybe for fitting beams in shafts? 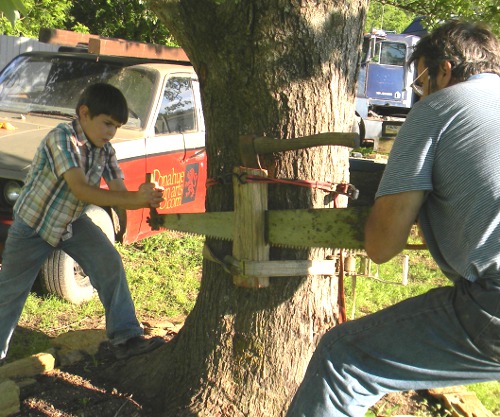 The next picture shows the section cut in half. 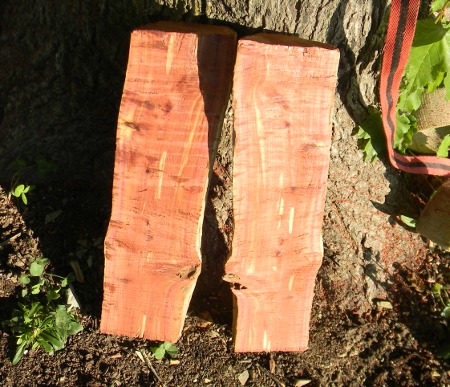 Next is the first cut with the table saw. Notice how fine the grain is, this tree must have grown slowly, in competition with other trees. 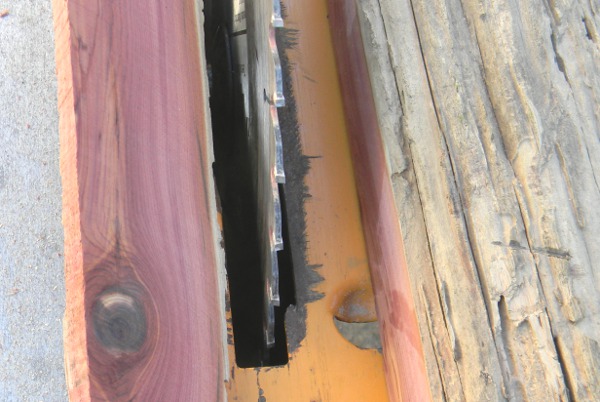 Here’s how red the gravel driveway looked after cutting a number of small boards from the section. 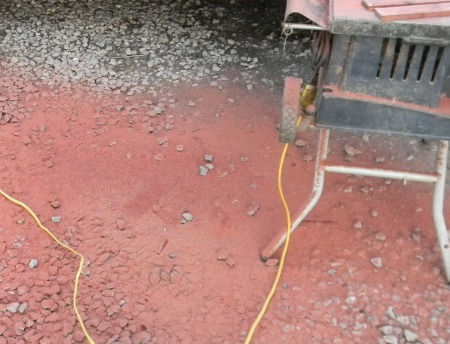 Here’s the stack of small boards, all from the one piece. They still need the edges trimmed. I’ll glue them side by side on a piece of plywood, to create a cedar panel, which we’ll make a sign out of. The color you see here is a half or third of how intense it will be after a clear coat of shellac or varnish. 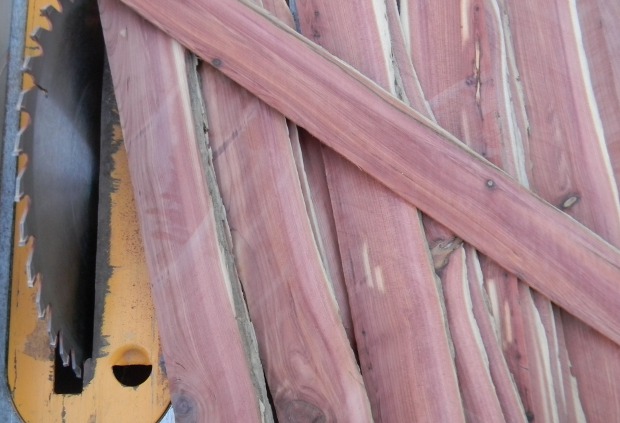